TIP: If your car is too low for a trolley jack, drive onto a piece of thick wood to give you height for the jack.

Jack up the car and remove the front wheels, Use axel stands for safety

TIP: get an empty plastic box or tray to collect your screws as you go along. 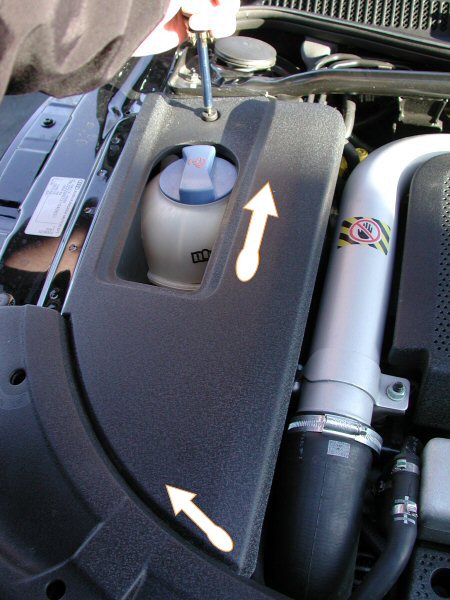 Remove the Battery Cover and all six pegs holding the front cross member cover panel in. 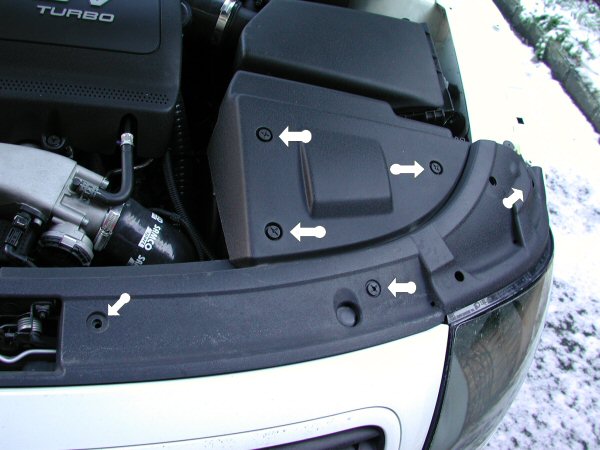 TIP: the pegs are 2 stage then they drop out which you don't want to happen..... 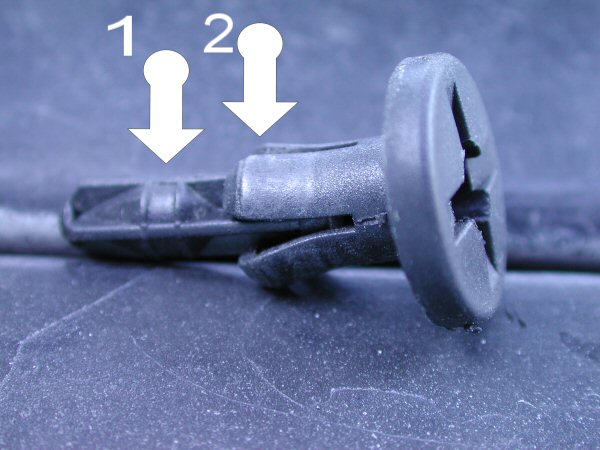 Use a small rod but hold your finger tight against the rod around 5mm back, when you push the peg let your finger be the stop point to avoid the peg dropping into the engine bay.

TIP: Once the pegs are pushed, use 2 flat tools to lever the head and entire peg body out, as they are under tension, they could pop out, make sure a thumb or finger is stopping them to catch them before they fly off and disappear into the engine bay

Remove the entire plastic cover across the front of the car, you will then have access to the 6 Torx screws at the front holding the bumper....remove them, slide off the metal clamping strip and put it to one side.

Remove the indicated Torx Screws to release the front of the wheel arch liner and push it to one side to allow access to the chamber behind the bumper.

Remove the 2 large Philips screws from the lower front bumper

There are 2 10mm bolts either side, 1 is accessible from the top half of a chamber, the other from the lower chamber, loosen and remove these bolts.

Below is a picture of the bumper pulled out to show you, just inside the wing there is a single torx screw facing vertically down which must be released

There are also 2 more torx screws that must be loosened from inside the wing...

.....Shown below from inside

TIP: With all the above screws undone on both sides at this stage the bumper cover is fully released and only the connection pipe for the "aliens" needs disconnecting so the front could be removed (this can be done on the passenger side of the bumper cover, use a pipe clamp to stop the washer tank draining).